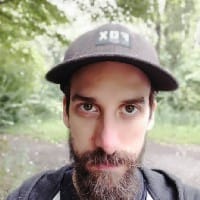 As we mentioned in the previous update, here we were, Edirne, Turkey. From afar we sighted the first big mosks, and as we rode in we got a first taste for Turkish traffic. We continued to our warmshowers host, Engin, who owns the bike store Trakya Bisiklet, this was also the first time we witnessed turkish hospitability. Everybody greeted us warmly, offered us çay (tea), and told us stories of Edirne, their friends, and their families. And like everyday for the last few days heavy rain showers started around 17h, we were relieved to be sitting inside and cozy, and very relieved that my broken tyre made it so far.

Next day we strolled around the city, wandered around multiple bazaars, visited the main mosk, sighted old Ottoman houses and ate baklava, I particularly remember a surprising and quite delicious variation, CHOCOLATE BAKLAVA! As we walked around we also realised it was election times, the actual president was a big favourite, and his face was everywhere, on every corner, every car, every billboard, on coffee, coal deliveries, everything. To find opposition candidates one had to search, we sighted some in smaller streets, and sometimes on cars.
In the evening we met another pair of cyclists, Iona and Matthew, they seemed exhausted, they were on a mission to ride from Vietnam to Scotland in 4 months, chapeau!

Every cyclist, including them, we met so far told us not to ride into Istanbul, the traffic was apparently impossible, and the ride to Istanbul completely boring. Plus, my front tyre was still broken, we had new ones delivered at a friends of a friends place in Istanbul, so we opted to take the train.

As the train approached Istanbul, the employees told us they would separate the train, but it never happened, instead, the train stopped completely, 30km from the centre. We had no choice but to cycle inside Istanbul, a very unpleasant, dangerous and hectic experience, after about 20km we found a tram line, in which we crammed our bikes, and rode to Karakoÿ, near Taksim square. We spend a few nights in an appartment we rented, we did a bit of sightseeing, but the heat was umbearrable and the city so overwelming that we spend a lot of time inside, resting, hanging out, eating ice cream, and cooking delicious meals. The following days we had the great opportunity to meet Cansu, Burak, and their formidable friends. They volontureed to receive our tyres, but sadly, the tax office decided to slam them with an additional 60% tax, we refused to pay the fees and had the package returned to Germany, leaving us with no choice but to visit 5 bike shops to find new touring tyres. Eventually we did, for a good price.

The last days in Istanbul were spent in Cansu & Burak’s beautiful home, they left the city, so we took care of their lovely cat Lucy. Our plan didn’t change much, we were now on the Asian side of the city, Kadikoÿ, strolled around a bit, and spend most of the time on the couch, heck we even watched multiple football worldcup matches 😂.

I now had new tyres, we were well rested, well fed, planned the rest of the route through Turkey, and after about 9 days we started to get restless, we wanted to ride our bikes again, it felt like ages.

We choose again not to ride our bikes out of Istanbul, instead we took a shortcut on the Sea of Marmara with a ferry, to the city of Yalova. We read on blogs that people were asked to scan all their luggage, and even had to pay an extra fee for their bikes. No extra fees for us, and as we approached the scanner, the employee who was operating it dove into his hands and double face-palmed. Seeing the frustration, we boldly asked if we had to scan everything, his answer was a wave through while he opened the gate for us. Thank you kind sir!

After disembarking from the ferry, the following hours were a combination of us climbing up hills on highways, and us seeking shelter at gas stations due to heavy rains. We quickly learned to love the many gas stations of Turkey, they were often the only stops on these mega roads filled with cars, trucks, buses, motorcycles, etc. They also provide free çay, drinking water, toilets (“tuvalet” in turkish), cheap snacks & drinks, compressors for tyre pressure, resting areas, etc. Heaven for cyclists, kind of.

The following days we rode on secondary roads, through olive plantations, up some hills through fields and villages, sometimes on gravel, sometimes through rain. We collected first impressions of the people in villages, and to this point people seemed reserved and didn’t talk much to us, women mostly welcomed us from the fields in which they were working, shouting “Hoş Geldiniz” (welcome) and waving, men drinking çay seemed to frown upon us as we rode into village centres.

These first impressions changed a day later, during our search for food in the morning, we found a bakery in the small town of Pazayeri. Women & men conversed with us, offered us breads and çay, were curious about our travels, and told us their stories. At this point we realised that Turkey has two extrems: conservatism and hospitability, villages are predominantly conservative and religious, liberalism and critical thinking are mostly a thing of west Turkey, and some larger cities throughout the country.

As we rode into Eskişehir, completely wet and exhausted, Feyza, a rare turkish cyclist, and medical student opened her doors to us, we felt comfortable again! She was our youngest host, and also one of the kindest, she invited us to delicious meals she prepared. As we realised Mimouna’s MacBook was broken, she helped us out by translating and showing us around the city. She even accomodated us one more night because we couldn’t solve the problem during the first day.

Next morning, we planned our route out of the city over hills and gravel. While we do like the many gas stations, the traffic on highways is not that enjoyable. Feyza joined us for the first 20km, before heading back, we were left alone in desert-like landscapes, with no trees, no shade, only rocks, gravel, and many many wheat fields.

We kept riding in arid and dusty conditions, on gravel, away from big roads, we even cycled over a dried salt lake, this particular experience felt out of this world. Mosks and tiny villages became our goals, they provide us with free drinking water, from time to time they are also the opportunity to wash ourselves and our clothes. In the few towns we passed we were greeted by very welcoming and confused people: “What are you doing here? We are sorry there are no tourist attractions here. Here have some börek, refill you water, drink some çay, eat some baklava.”, it was impossible to pay for anything, they would not allow us to. In exchange we listened to their stories, people spoke a few words of German or French because they used to work in these countries. We knew that as soon as we would try to sit down somewhere, people would flock to us, they would want to make sure we felt perfectly safe and in good company until we left. Some people even followed us around in supermarkets, this was very uncomfortable. Those hours felt sometimes long, there was no way to have a moment to ourselves, and we felt it would be rude to ask people who just offered us foods and drinks to leave us alone. So we sat and retold our stories, they repeated theirs, and when they spoke highly of the president, we nodded and told them we have no idea about what their despotic maniac is up to, in our words “we don’t know politics”. Given it was election period, and the waves of arrests against opposition members and foreign nationals, we did not want to get involved, for our own safety and freedom.

The more south we rode, the sooner the heat affected us in the morning. At first we had time until 8h, but eventually we had to wake up at 5h to ride a few hours in sustainable conditions, the temperature would eventually reach +40°C every afternoon.
The few people we would meet this early in the morning were shepards, and their drove. Our wake up was facilitated by the many sheep bells and bleats. Not a bad alarm clock.

We also did have one unpleasant wake up, a farmer sexually harassed us at 5h30, he was looking through our tent’s opening, and insisted on sexual activities. It was hard to get rid of him, we thought we missunterstood and told him we were leaving, we did not missundestand, he kept insisting, Mimouna started to yell at him and told him she’d call the cops, which only amused him further, given nothing worked we ignored him completely, packed our stuff, and left very very quickly, no time for breakfast. This experience left us in schock for a while.

This early wake up had one positive aspect, we arrived earlier in Cappadocia. Moon-like landscapes, carved homes in rock, beautiful reminders of ancient times, and for the first time since Istanbul, a touristic area. We decided to take a break here, after riding for days through dust, sun, gravel, salty lakes, hills, and sleeping on rocky and sandy terrain or in wheat fields, we felt exhausted and filthy. Not only that, I also developped a Carpal Tunnel Syndrom in my left hand. We suspect it was due to two factors: hundreds of kilometers on gravel, and my passion for cycling without gloves.

Three nights in a hotel felt necessary, we booked a twin bed room, everybody gets a large comfy bed! A major difference to our 120cm wide tent we have to share. We watched movies, scrubbed ourselves with self-made salt and olive-oil pealings, we enjoyed the mesmerizing scenery with the hot air ballons, filled ourselves with local foods, and for the first time since Edirne, we met other bikepackers, it felt like everybody somehow converged into the city of Göreme.

After a few days my hand got better, and our spirits were lifted again. It was time for us to discover the rest of Turkey and head towards the Black Sea. We will report about our adventure there in our next article.

From the port of Alat in Azerbaidjan, hoping for a cargo ship to arrive in the next days, Yves.